Could spending most nights with my girlfriend potentially result in me being considered to be in a de facto relationship with her even though we actually haven’t moved in together or signed any lease?

10 Feb Could spending most nights with my girlfriend potentially result in me being considered to be in a de facto relationship with her even though we actually haven’t moved in together or signed any lease? 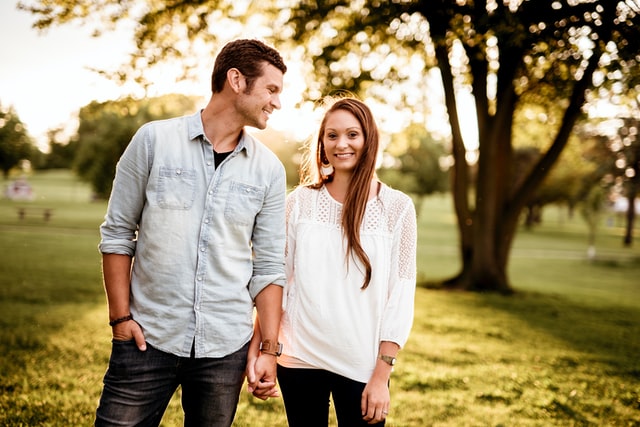 Posted at 11:30h in Family Law by quirky-curran 0 Comments
0 Likes

The short answer to this question is ‘yes’ it could be categorised as a ‘De Facto Relationship’ if it meets the criteria set out below.

Therefore, you need to be aware that once you start spending significant time with a new partner, you are leaving yourself open to the risk that your relationship may later be classified as a ‘de facto relationship’.

Why does that matter?

It matters, because if you are in a De Facto relationship, it can give rise to your partner making an Application for a Property Settlement and/ or Spousal Maintenance under the Family Law Act in the event of your separation. It will expose you to a risk of your partner seeking an interest in property owned by you.

It can result in them also seeking an in interest in your Estate, if you were to die, by virtue of the Intestacy law (i.e. if you die without a will) or under the Succession Act that deals with if person has been left out of a Will. This is even more complicated for blended families where it is your intention to leave assets to your children and not the new girlfriend.

It may mean that your De Facto Spouse/ Partner, may consider making an Application to be appointed as your Guardian and it will allow them to make Health and Lifestyle decisions for you or they may make an application to be appointed as your Financial Guardian, being responsible for managing your financial decisions if you lost the capacity to make your own decisions. This is why you should also consider, if you start a new relationship with someone, as to whether you should revise your Wills or having an Enduring Guardianship or Power of Attorney drafted, so as to prevent problems within the family.

What constitutes a De Facto Relationship for Family law purposes?

There are a number of factors (prescribed under the Family Law Act) that deal with whether someone is classified as being in a de facto relationship or not. Those factors relate to;

For the Family Law Courts to treat the relationship as a De Facto Relationship, when considering a property settlement and/or spousal maintenance, there are the following requirements to be met including the following:

1. The parties’ relationship has been for a period of two years; or

2. The parties have a child of the relationship; or

3. If a party can show that there has been a substantial contribution that has been made and it would cause a significant injustice if not treated as a de facto relationship, even if the period is not for two years; or

4. The parties’ relationship has been registered.

Ultimately, whether a de facto relationship exists is dependent upon the individual circumstances of the case. The Family law Act makes reference to the length of ‘the relationship’ and this is without reference to whether the parties shared a common residence or not.

There have been many different cases where different judges have made findings as to whether a relationship is considered a de facto one. Some of those cases involve matters that what we would normally have considered been treated simply ‘a boyfriend/ girlfriend’ relationship. For example, there was one case, where a Judge found that the parties who had separate residences and were meeting up on a houseboat for intimacy were considered to be in a de facto relationship.

There was another case, where a partner, who was married, had a mistress and the nature of their relationship with his mistress was not considered a de facto relationship although they had been together for a very long time and there was financial dependence on the other. Ultimately, it depends on the facts of the case, and a consideration of the above factors.

Why is it important what are the practical implications for Family Law Situations?

It is important to be aware of the possible consequences for you, when you start a new relationship. You need to appreciate that your relationship could potentially result in a Family law claim being made. You may need to give careful consideration to how you manage your affairs in your new relationship and consider at what point would a Court consider that you have intermingled your assets. It may also be worthwhile thinking about whether it is worth considering obtaining a Financial Agreement/ Pre-nuptial agreement depending upon the seriousness of your relationship and each of your assets.

When the cohabitation date matters

We have had cases where there has been a dispute between the parties, as to whether a Court would consider that the parties have for example, being in a relationship or lived together for 13 years or for 7 years? This becomes important because the length of the relationship affects the likely outcome when considering a just and equitable property settlement.

For example, when dealing with a property settlement, the Court looks at the financial position of the parties at the commencement of their cohabitation/ commencement of their relationship. If one party is coming to a marriage with significantly greater assets than the other, then it is likely that their financial contributions will be assessed as greater than the other partners, when working out a property settlement.
If, for example, a Wife is arguing that she had introduced $300,000 at the time of the marriage and the Husband had nil assets, then this would be given some weight in working out the parties’ contributions. However, if the wife had been staying at the husband’s house, most nights for ten years before they were married and the husband was paying all of the parties’ joint expenses, and this enabled the wife to be able to save the $300,000 living with her parents, then, in this example, it would not be appropriate to use the commencement date, as at the date of marriage, if the husband had also been making contributions for ten years prior.

This example shows why, what you do in your relationship now, and how you manage your financial affairs now, could affect how a Court would deal with your matter at a later date.

We trust that this article assists you in considering managing your financial affairs.

If this article has raised any questions for you, please contact Solari and Stock Miranda on 8525 2700 or click here to request an appointment with one of our Family Law Team.